When I think of summertime I think of barbecues and picnics, which included my mom’s Best Old Fashion Potato Salad.  But I just could not wait for the next barbecue with all this social distancing happening with the Covid-19 virus. 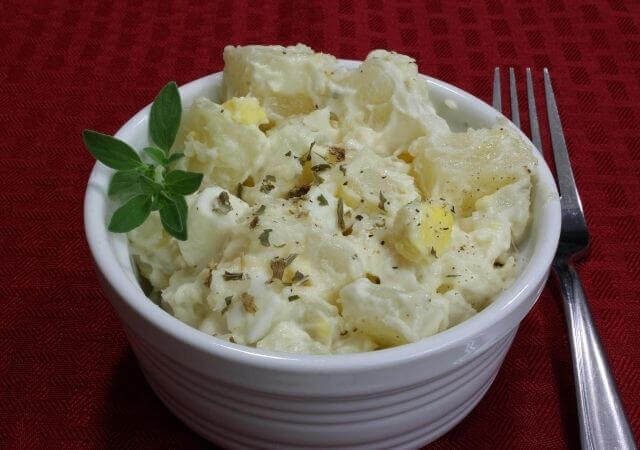 So, I decided to make a Potato Salad Recipe as a side dish for dinner with Hamburger and Hot Dogs.  I was happy I did, it was delicious.

This recipe is for a family of four, but you can increase the ingredients to make a larger batch if you have more mouths to feed.

In the recipe below just adjust the servings number of people and the recipe will adjust to how much of each ingredient you will need.

Here is my Best Old Fashion Potato Salad Recipe to use as is or as a base to make it your own. 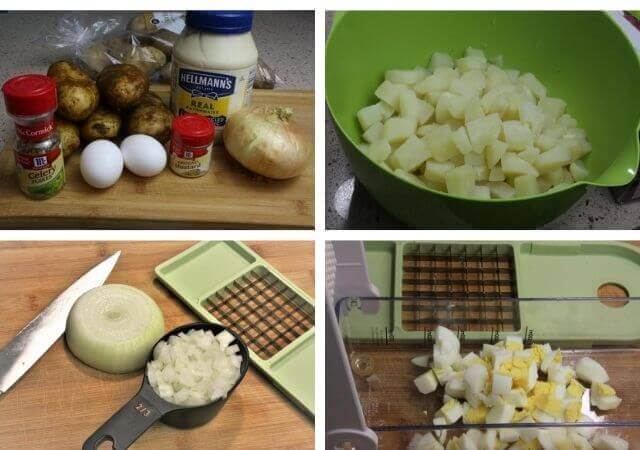 First, I peel the potatoes and then chop them before cooking. I’ve used russet potatoes but you can use any kind you like.  I do all the chopping of the potatoes, onions, and eggs at the same time.

It’s easier to taste test the potatoes, and they’ll cool faster in bite-size pieces.  I use my Food Chopper to make for quick chopping of the onions and eggs. 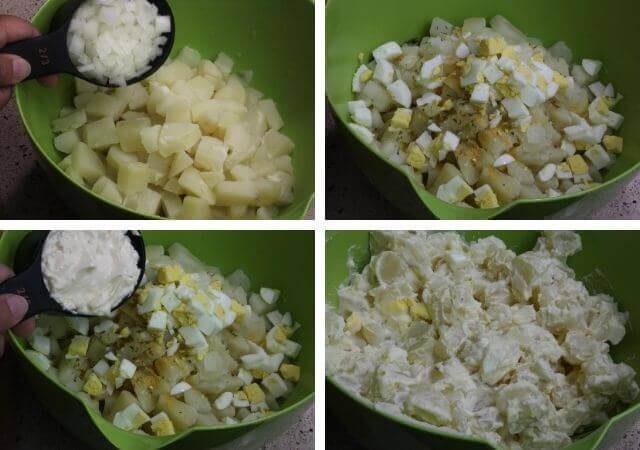 Once the potatoes have cooled, add all ingredients, and mix gently.  Add salt and pepper to taste.  Now Enjoy!

What is in Potato Salad?

Boiled Potatoes are the main ingredient and then it depends on what region or style you want after that. Potato Salad originated from Germany then was introduced to Europe and then to the US in the 19th century.

The German Potato Salad did not include any mayonnaise in it, instead, it has oil. American style Potato Salad includes ingredients such as potatoes, mayonnaise, onions, celery, and eggs and is served either cold or at room temperature. 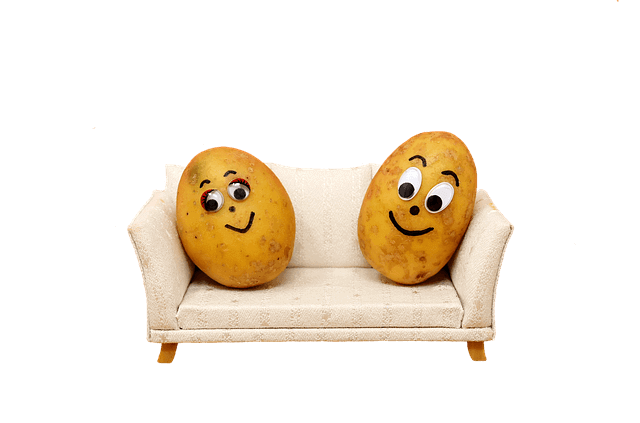 What is the maximum number of days potato salad can sit around?

Idaho Potato and USDA Guidelines recommend keeping Potato Salad anywhere from 1 to 4 days depending on how it’s handled.

When Potato Salad is made for a barbecue/picnic and it sits out in the heat, it should be discarded the same day.

If it’s made for a house party and kept at room temperature, then placed back into the refrigerator, you could keep it between 1 to 2 days.

But if made as a side dish for several dinners but kept it in the refrigerator after each serving, then it will last between 3 to 4 days. 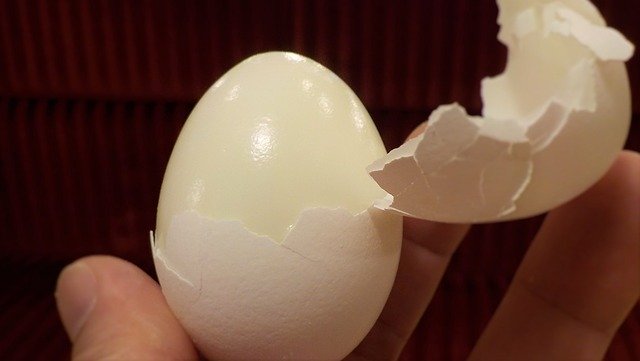 How to get the Perfect Hard-Boiled Eggs? 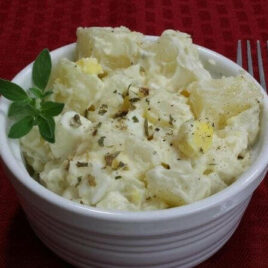